There's a new climate action kid on the block — the Renewable Energy Legal Defense Initiative. Born in 2019, its proud parents are the Sabin Center for Climate Change Law at Columbia University and the law firm Arnold & Porter. What are their hopes for this new project and why is it called a "Defense Initiative"?

Michael Gerrard, Director of the Sabin Center and Laura Cottingham, an attorney with Arnold & Porter met with me to introduce their new kid. The project will offer pro bono (free) legal defense to individuals or local organizations that would welcome solar or wind power projects into their communities, but face opposition. Opposition can take several forms — for instance, local government can impose project moratoriums that could fatally delay projects or pass zoning rules crafted to preclude renewable energy proposals from consideration. Facing down such opposition can mean undertaking legal action or even going to court. 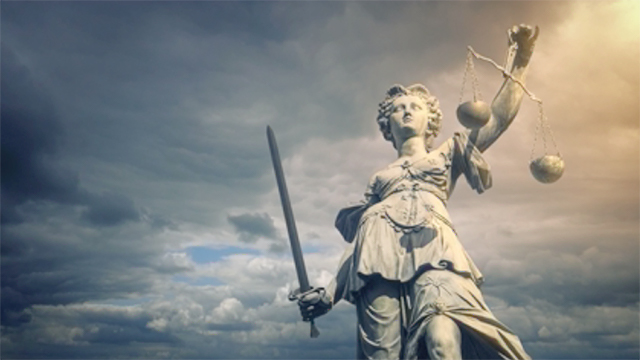 The Defense Initiative's first client is the Friends of Flint Mine Solar, a group of 25 farmers and other landowners in Coxsakie, New York who want to lease or sell their property to a utility-scale solar power developer for the purpose of installing photovoltaic panels, but are prohibited from such leasing by local ordinances. "This was a group that had already been formed," prior to the Defense Initiative learning of it, Cottingham explained. In other circumstances, the Defense Initiative might support municipalities that are pro-renewable energy, but are being legally challenged by renewable energy opponents.

What kind of resources does this initiative bring to the renewable energy projects? In addition to Cottingham's own pro bono work, she meets with law firms and law school clinics to line up more professional and academic commitment. The Sabin Center will also provide Fellows who will rotate into work on the Defense Initiative. It's too early to say just how many lawyers, law professsors and students the Defense Initiative could use, but given the likely geographic diversity of renewable energy projects in need of legal champions, Cottingham knows that over time it will need attorneys in jurisdictions where projects are under attack, whether a case is based on local, state or federal law.

Cottingham also recognizes the need to engage in targeted and effective outreach about defending renewable energy projects and she both attends conferences and meets with government officials who know what's happening "on the ground" to provide them with information about the Defense Initiative. She's already started to contact national organizations as well as regional groups in the southeast.

We ended our conversation from a vantage point a few years in the future and what Gerrard and Cottingham would hope to have achieved. For Cottingham, notching a handful of legal victories that allowed renewable energy projects to move forward would be a benchmark of success. For Gerrard, success would be sending a message that renewable energy projects have strong support and local governments should think hard about opposing such projects because they will have the legal resources to push back and prevail. "Gerrard's urgent message is, "A massive increase in renewable energy generation is central to addressing the climate problem" and an important path to decarbonizing our economy and protecting the climate will be paved with local victories. He is certain that defending renewable energy developments will help provide incremental power for electric vehicles and replacing of fossil fuels for heating with carbon free sources until such time as there is a national consensus on the urgency of climate action.

Here's Cottingham's message to readers of this Sallan column, "We have the resources and are available to help and we are looking for projects where we can be of assistance." Interested in learning more about the Renewable Energy Legal Defense Initiative? E-mail her at laura.cottingham@arnoldporter.com