The Science Guy And The Rest Of Us

This fall I saw "Bill Nye: Science Guy" a film that weaves several narrative strands together in an admiring but deeply disturbing documentary. The first strand follows Bill Nye from his days as the TV goofy science guy in a series aimed at young viewers, which aired from 1993–1998, to a well-respected educator and fearless spokesperson for climate change science. "Fearless"? Yes. He's appeared on Fox TV to cross swords with climate deniers like weather forecaster Joe Bastardi and engaged in public, in-person debates in less-than-receptive venues. The second strand is biographic.

It's the third strand that's tough going. Here, Nye's fear is palpable for the future of science as a indispensible way of understanding the world we live in, and its erosion as something we share and respect as a society. We witness not just a take-no-prisoners attack on climate science, although it is the most dramatic part of the film. The Science Guy's pained dismay over literalist biblical exhibits at the Museum of Creation and his fear for the consequence of such exhibits — children will become unable to absorb the lessons of evolutionary science, whatever their religious faith — was one of the film's most alarming moments.

Now for a segue to the recently released 4th US Climate Science Special Report. That this report has seen the light of day during the Trump Administration is something of a miracle. But, it's not a miracle that holds glad tidings about salvation from the risks of inaction and federal policy reversals on coal and climate change. The din of polarization and the fervor that's been ginned up to make public views of climate science a litmus test of political and civic identity, means it's unlikely that climate deniers will reconsider their beliefs in the face of the unambiguous science on climate change. The day after the release of the report, a New York Times headline said it all A Climate Report That Changes Mind? Don't Bet on It

It's become a truism to say "elections matter", and they do, a great deal. But here's the thing, what's happening now, is the cultural erosion of science and scientific method as legitimate and widely respected tools for discovering the truth and foundations for setting public policy. It takes more than election outcomes to reset a cultural trend, and this trend is not just science in the abstract, it also is manifested in personal attacks on scientists. A Snapshot guest column by Lauren Kurtz posted on the Sallan website in September 2015 describes "scientists operating in politically controversial areas, particularly climate science, have been attacked by ideologically motivated groups trying any means possible to discredit, distract, and intimidate. Such tactics have included hate mail, death threats and even an anthrax scare. Less violently but no less noxiously, attacks via the legal system are an increasingly common way for self-styled "skeptics" to go after climate scientists with whom they disagree."

While scientific theory and research findings are far from the only forces that drive policy-making, as well as societal acceptance and compliance, we know we're in trouble when science and scientists are held in contempt or shoved out the door, as is happening now at the Environmental Protection Agency led by Scott Pruitt who expresses more faith in industry representatives than scientists who have received EPA research grants.

If you agree with me, rather than curse this darkness, what candles should we be lighting? Taking climate action and making progress must be more than acts of personal virtue, like buying carbon credits to compensate for airline travel or using LED bulbs. It must be more than donating to national and grassroots environmental organizations and it must be more than writing well-meaning columns. We must find ways to make sure that our elected officials who speak about the urgency of confronting climate change — and issue glossy reports — actually take effective actions with real impact. 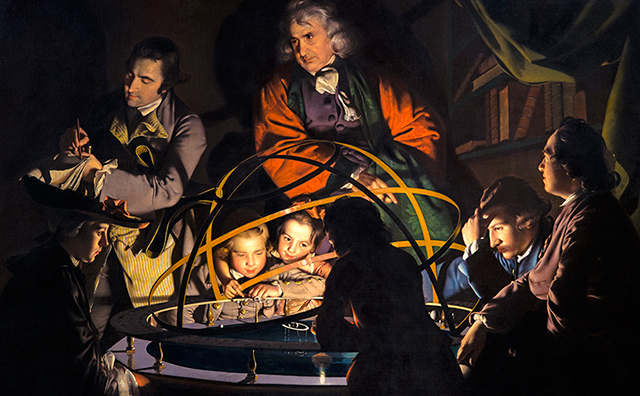 Science must keep a special role in guiding climate policies. If our elected representatives don't do these things, make that matter. Light a match. Be part of shifting the political culture. Today, we must find new ways to protect the status and practice of science. Why? Because as Neil deGrasse Tyson said, "The good thing about science is that it's true whether or not you believe in it.

Join civic advocacy groups that place a premium on climate action and are good at building alliances with others. When possible, speak up at work, help grow an informed and effective, greener corporate culture. Also, get involved in grassroots and local politics; even run for office. Cities that are climate leaders serve as beacons of light for advancing myriad resiliency agendas for all. Know, at the same time, that favoring and forging specific carbon-cutting actions will entail conflict and winning is not a sure thing. Climate progress and culture resets entail a heavy lift and there's no way to get around that. But if we share a culture that values protecting our collective future on this small planet we call home, we will be lighting many candles.