Hyper Objects In A Time Of Hyper Politics

"After Nature" is an exhibit of ice sheets and shoreline bedazzled photographs taken by artist Justin Brice Guariglia from a NASA research plane. It displays instants in time of a frozen Greenland that looks eternal, but which is undergoing profound climate-caused disruptions. What's captured in his photographs — many printed on indestructible Styrofoam — has already changed. What's unseen, but key to the meaning of "After Nature" is the idea that climate change is a "hyperobject", something that doesn't exist in just one place or at one time. 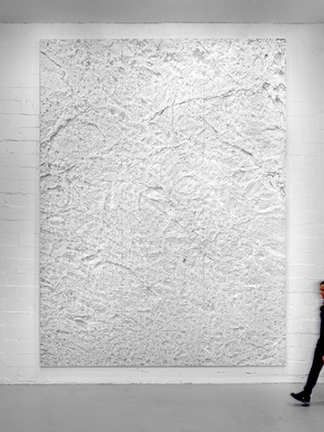 It's a concept that offers a useful way of envisioning climate change; not just that it's happening globally and over a time span, but it's happening, invisible to many, at power plants, from vehicle tail pipes, in buildings we inhabit, through industry practices and government policies — even as it's visibly happening in Greenland's ice. The funding for NASA climate research flight that carried Guariglia aloft to take his photos itself is subject to change, melt-down and evaporation as a result of Trump Administration proposed deep cuts to climate science funding. Could we be losing our ability to clearly see climate change? Yes. Does this make Guariglia's Greenland photos momento mori? Maybe.

The news is filled with stories about proposed crippling NOAA budget cuts that will cripple climate research and weather forecasting, with even long-standing programs at risk. More of the same direction is in store for NASA. Equally grim is the likelihood that science will cease to be a foundational basis for EPA policy making. The same goes for DOE's clean energy office.

What is plain to see in these stories is alarming. It's different than the banal observation that government funding is subject to political vagaries, or that the Trump Administration makes no secret of its hostility to taking action on human caused climate disruptions. What's alarming, and it's something new to American politics, is the hostility to using science, valuing scientific research and data to inform, direct and make decisions about fate and direction of the nation. It just won't do to say everything is political and leave it at that. To discredit and deny boundaries between what science and the scientific method can teach us and the business of politics is a very dangerous exercise in cynicism when it comes to making policy, budgetary and legitimating claims for those in power. Unlike Guariglia's gorgeous exhibit, this is one ugly "hyperobject"!

Dave Roberts, in a recent Vox column, takes to task the ubiquitous outrage about EPA Administrator Scott Pruitt's repudiation of human-caused climate change. Critics' repeated reminders and restatements of the science that underlie and confirm its reality miss the point about him. What's so dangerous about Pruitt, Roberts rightly argues, is the fact that Pruitt is doing what he was hired to do, dismantle EPA's climate action commitments, root and branch. As Roberts writes, "But the reason GOP beliefs on climate are so difficult to pin down is that the beliefs are not the point. The party's institutional opposition to action is the point. The beliefs are retrofit, on an opportunistic and sometimes case-by-case basis, to support the conclusion, which is: do nothing." What Roberts makes clear here is the alarming shift from running an agency with a mission that ought to be anchored in the bedrock of science, to one unmoored from science and tethered instead to opportunistic political agendas. This will not end well for the planet or the American polity.

Guariglia says that we don't understand the impacts of our everyday lives on big things like climate change and that it's wrong to think of the natural world as something out there, separate and apart from us, something to visit and then return home. He wants us to make that connection through what we see in his photographs. What he saw in his NASA flights was a "hyperobject", a polar region that exists at vast spatial and temporal scales. Think of ice first created 100,000 years ago. He's showing us, through the cracks, and checkering of the ice that defines the surface of his photos, that it's falling apart now. 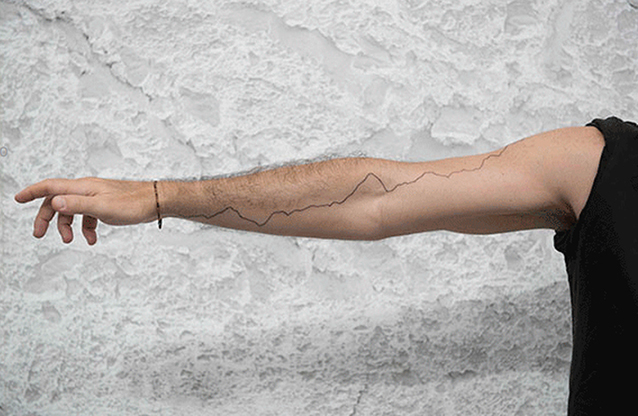 That's not so different from what Roberts wants us to see when he writes "Climate denial is just the tip of the (melting) iceberg. The right's refusal to accept the authority of climate science is of a piece with its rejection of mainstream media, academia, and government, the shared institutions and norms that bind us together and contain our political disputes — Pruitt's comments point to something deeper and more corrosive than mere misinformation or misunderstanding. Explaining the basic facts of climate science (again) is utterly futile if the intended audience rejects the authority of climate scientists and scientific institutions." Now that's chilling.