Building Energy Performance: What’s Evidence Got To Do With It?

New York City's landmark Building Energy Benchmarking statute, Local Law 84, is one of the singular achievements of Mike Bloomberg's PlaNYC 2030 and has the potential to serve as a power tool for helping to realize Mayor de Blasio's goal of cutting the city's carbon footprint 80% by 2050. By potential we mean the extent to which LL84 findings are presently underutilized. By potential we also mean, given the information about building energy use now on hand and the knowledge gleaned about how this data can be applied to building features and operations, there are significant benefits still to be gained.

Today, LL84 is under-appreciated for its abundant data and the research conclusions already drawn from that data. In terms of number of buildings, total square footage, and range of building uses and ages from a particular jurisdiction, LL84 data set is the largest ever collected.[1] In addition to the sheer quantities of data, the mandatory nature of data collection diminishes concern about selection bias eroding analytic conclusions.

Analysis of New York City's benchmarking data convincingly sets aside myths and misconceptions and we are confident that it can point to more efficient and cost effective paths for policy makers and property owners. Estimable studies of LL84 data already have been made public in the three in-depth annual reports issued by the City. They serve as a formidable lens through which property owners, utility consumers, and policy experts can formulate action for improved energy efficiency. We eagerly await the City's fourth annual benchmarking report.

But has benchmarking data been turned into actionable information and deepened knowledge about building energy performance in ways that have changed how buildings use energy or how capital investments have been made? Supporters of Local Law 84 have had a shared expectation that the gathering and disclosure of benchmarking data would quickly elevate the debate about energy efficiency opportunities and turn attention to "low hanging fruit" with very cost effective returns.

Now supporters must ask: what is the evidence to support such an expectation? Since New York City is not the sole American city with a benchmarking law — some 17 U.S. jurisdictions have similar statutes on their books — our question has broad application and other cities, whether or not they have enacted benchmarking laws, will want an answer. We also want to be prepared to improve the actionable capabilities of benchmarking mandates. It is foolhardy to assume we always get public policy perfect on the first try, or that the full range of ownership organizations has the knowledge to execute energy efficiency improvements.

Let's look next at lessons already learned from LL84 benchmarking annual reports. Given both the volume of the data studied and New York City's prominence as a center of global real estate, can-do attitudes, and innovation, these lessons both dispel myths and hold great promise for improving building energy performance.

The information based on such analysis should dispel these myths:

• New buildings are more efficient than older ones;

• Advanced energy code results in energy efficient buildings; and, last but not least,

• Once you're green, you're always green.

The City's annual reports therefore, support the position that many in the real estate industry have come to acknowledge, even when they don't have the bandwidth to pursue: ongoing management of a building's systems and understanding of changes in the way a building is being used trumps any single design standard, investment in and use of any single technology or combinations of technologies, or the energy efficiency rating of nearly any individual piece of equipment. In brief, here's the key to the knowledge rooted in benchmarking data discoveries:

• Some new buildings, and even some buildings with green certifications, are energy efficiency leaders, but some are not;

• Some buildings with 100% glazed facades are surprisingly efficient;

• Building and energy codes are necessary but not sufficient to produce an efficient building.

• Once buildings achieve a rate of energy efficiency, they won't stay that way unless operational excellence, if not continuous commissioning, keeps them running at their best, especially as building occupancy changes over time.

Nevertheless, for all the hopes LL84 would create comparative building performance information that would rapidly lead to energy performance upgrades and cuts in greenhouse gas emissions, evidence to support these hopes remains elusive. It's hard to see benchmarking if information has influenced the owners of assets outside an elite investment universe and this is worrying because the ticking clock of climate change will not slow down for laggardly carbon cutting. As well, while good public policy must be guided by evidence of its intended impact, we are not persuaded that we have such evidence in hand for LL84.

Defining, discovering and deploying evidence in making public policy as well as private choices is no small achievement. Too often, aspirations and anecdotes take the place of evidence but they do not fill the void. Understanding the impact of benchmarking laws is an ideal test bed for tackling methodological issues because the building energy use and building ratings that are common to benchmarking laws are relatively straightforward.

In this test bed, we define progress as the ongoing search for evidence that benchmarking data is being treated as actionable information by those responsible for improving a property's energy performance. As well, evidence should be sought to determine whether that information gets aggregated within the industry as good practice and affirmed by the public sector as good policy. Public policy makers assert that NYC's benchmarking data is providing them with detailed real-world information that will help the City advance toward its goal of cutting its carbon footprint 80% by 2050. We are heartened and await outcomes at a scale and speed that make a difference.

We are also cautiously optimistic. Owners who know the energy efficiency rating of their building(s) and have put to rest the myths of energy efficiency have a path to action and a system to track their improvement. Here's our guide for a place to start.

An owner of a building with a disappointing efficiency rating has high potential to capture a 5 to 10% savings in energy use through measures that require little expenditure, even if they do require some oversight in scheduling of maintenance and operations personnel. Time clocks, occupancy sensors, and thermostats can drive over 50% of the energy consumption in a building. These simple and often inexpensive devices should be calibrated regularly; operating schedules should be updated to comply with changing use of building spaces.

In every building with a Building Management or Energy Management System, owners should rotate the installation portable data loggers on circuits to large equipment. Any observations of spikes in energy use that aren’t explained by occupancy indicate that the BMS/EMS software program needs to be re-programmed.

Owners of new buildings with disappointing efficiency ratings have high potential to capture more than 10% saving in energy use by re-commissioning (a fancy word for making sure equipment is working correctly) the more complicated, expensive, and high energy-consuming equipment—such as the heating, ventilation and air conditioning systems.

In buildings over 10 years old, owners should consider a lighting upgrade. Lighting has been on a long energy efficiency bender. Many new technologies are not only more efficient than models just 5 or ten years old, but newer models last longer. The savings from reduced labor costs over the useful lifetimes of replacements is often greater than the savings in energy costs. 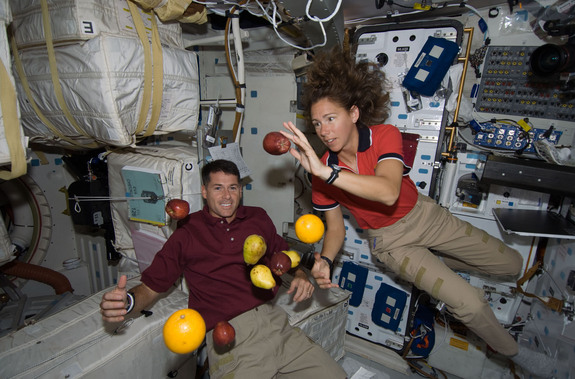 Turning finally to those property owners who fail to benchmark or still treat benchmarking reporting and scores as no more than an obligation fulfilled by filing a required form with New York City, let's get the ball rolling with a nudge. The nudge, a concept popularized by behavioral economists Richard Thaler and Cass Sunstein, "is any aspect of the choice architecture that alters people's behavior in a predictable way without forbidding any options or significantly changing their economic incentives…they must be easy and cheap to avoid."

Here's our proposal for nudging property owners to engage with benchmarking data as information that can change their behavior in regards to improving energy performance: a normalized Building Energy Use Intensity rating and a comparison with similar building performance should be included in every annual property tax assessment from the New York City Department of Finance. The City's tax assessment of a property is just the kind of letter that every property owner will read. Including this LL84-sourced energy information is a good way to highlight the fact that building energy performance is important without "forbidding any options" or altering economic incentives. All this nudge would take is "go-to-it" from the Mayor.

[1] The 2014 Benchmarking Annual Report issued by NYC analyzed 2012 data. An aggregate “compliance” rate of 84% provided a robust basis for its analysis and conclusions. However, a closer look revealed that while 89% of complying properties were multifamily, just a tiny percentage of reporting buildings were categorized as office properties.

About Stuart Brodsky:
Stuart Brodsky is the Director of the Center for the Sustainable Built Environmental and Clinical Assistant Professor at the Schack Institute of Real Estate, New York University. Previously, he held leadership positions in sustainability at GE Capital Real Estate and the US EPA