The Difficulty Of Simplicity

Use more four-letter words. No, not those kinds, but short, everyday four letter words that mean more to most people than "sustainability" or "resiliency" or even "benchmarking building energy efficiency". Climate activists, energy system innovators, and campaigners for grassroots eco-engagement need to do a better job when trying to tell fellow citizens what they should think is important, which in turn will influence their everyday choices, like the stuff they spend money on and who they vote for. We can't expect most people to take up zero-carbon lifestyles as a rallying cry because people have a lot of other things on their minds and much to do every day. But becoming climate aware and climate smart and energy-educated is well within everyone's reach. This is the reason we've got to do better at making our messages and our prescriptions easy to grasp. 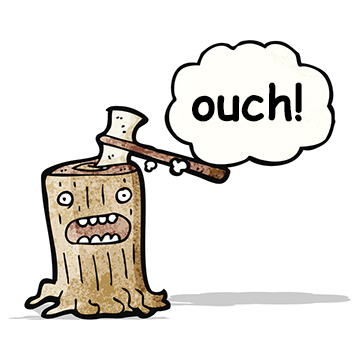 Credit: © Can Stock Photo Inc. / lineartestpilot
Advocating for more four letter words doesn't mean that climate science needs to be chopped up into bite-sized morsels. These days, climate science has a slew of skilled, articulate popularizers, think David Biello at Scientific American or Andy Revkin's Dot Earth blog. However, when it comes to getting people to reconsider how they'd like to live, scientific facts are not enough. Consider the award-winning magazine Modern Farmer. In a recent New Yorker profile, editor Ann Marie Gardner rejected the slogan "Where Agriculture Meets Pop Culture" for the first issue. "Agriculture", she said, "is just a word that people don't like... You just shut down when you hear it: it's like hearing 'healthy' or 'nutritious'. The one we use now is 'Farm. Food. Life'". There's a message here for urban climate and renewable energy wordsmiths, analysts and activists.

It's a hopeful message. They can find better ways to talk, write, blog and tweet about all the stuff that makes up the great mundane of our daily habits and expectations as well as those pivot moments when we make big choices about where to live (in a city near mass transit, out of a listed flood-zone), how to live (putting energy efficiency on the top-ten list of things that matter when signing an office lease or finding a place to live), or what to expect when plunking down hard-earned cash for workplace or home improvements (Energy Star appliances). Oh yes, and civic engagement both in the form of supporting candidates for public office who advance a climate-forward agenda as well as engaging in district or neighborhood level advocacy.

Words and phrases like "sustainability", "resiliency" or "benchmarking building energy efficiency" don't mean much to people who aren't already immersed in climate and energy work. Most folks won't try to do something just because they hear it's more sustainable, more resilient and the rest.

Why? Maybe it's inertia, cost, unfamiliarity, inconvenience or any of a host of usual suspects. Too often, the terms advocates rely on as messaging workhorses are just background noise for the rest of us; even worse, the words can resonate as some kind of jargon that takes too much time to translate into a phrase that's either reassuringly familiar or new in an appealing way.*

If climate and sustainable city activists want to change the public's personal, collective and political actions as well as shift the boundaries of acceptable and unacceptable behavior, they must make their recommendations more specific, results-oriented and compelling. If climate-friendly choices are also sweet, cool, dope, rad, fun, low-cost, risk-free and no-down-payment — even better. But the first task is to be clear and ask people to consider doing things they know how to do. That would be a great start. OK, a great restart since the call for better climate messaging is nothing new.

This sounds easy enough to do, but it's not. In fact, it's very hard. When writing that sustainability advocates, resiliency policy makers and benchmarking practitioners should use more four-letter words, it was just a jocular way of pointing out a deep communications problem. This problem leaves us stuck in an echo chamber of the things we read, the people we speak with, and the things we write. I feel burdened by our buzzwords and ineffective in motivating change. Do you? If you're looking for better ways to get people to listen up about climate action, energy alternatives and sustainability please help find the simple words we need now. Suggest a Snapshot guest column and I'll consider posting it.

Footnote:
*For those feeling limited by the single word, a student of Rhetoric suggests some sharp tools of the trade for fine slogan-making. See Rhetorical Reasons That Slogans Stick