Mayor de Blasio has given a special vote of confidence to Local Law 84, the building energy benchmarking mandate, in his climate policy vision report "One City, Built to Last: Transforming New York City's Buildings for a Low-Carbon Future". At the very same time, the US Environmental Protection Agency has released an expanded version of Energy Star, a software program that for the first time allows multi-family property owners and managers to score and rate their properties' energy performance and make comparisons with comparable properties. Talk about great timing, now that New York has become the biggest city in the world to set a goal of cutting its carbon emissions 80% by the year 2050.

Let's take a moment to acknowledge the Friends of Benchmarking, a group of stakeholders who met over the course of two years and who were responsible for issuing two White Papers authored by the CUNY Building Performance Lab. The first White Paper examined "issues that affect acceptance and use of the (building-by-building energy performance reported using Energy Star software) data and then turns to recommendations for what effective public use might look like and how it could be promoted." It highlighted the need to develop policies and mechanisms to make benchmarking data available in ways useful to building owners and the market. It also flagged the role of creating public campaigns with visible mass messaging along with more targeted forms of direct communication "to communicate leadership commitment, as well as promoting widening of public appreciation of participation in energy efficiency efforts were recommendations that are embodied in One City Built to Last. Let's cheer the Mayor for his high aspirations and focus on energy performance information gathering and disclosure as power tools for achieving them.

But what must be done to ensure that the Benchmarking law can fulfill this power tool role? The second White Paper found that "LL84 has already made a deep impact even as it discovers its current limits and challenges ahead... With the coming change of administration (to Mayor de Blasio), there is a need to keep a high priority on transparency... City resources will be required to monitor and communicate actionable results". And that's just what "One City Built to Last" promises to do. As the New York Times editorialized "Mr. de Blasio's plan focuses on making the city's buildings more energy efficiency through strict regulations on new buildings and retrofitting existing ones... He has also acknowledged that the job is daunting and difficult and that many changes may have to be mandated if private buildings don't meet emissions-reduction targets." 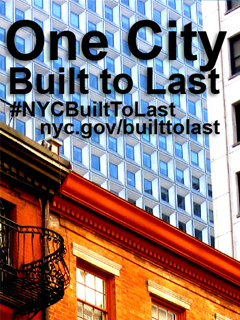 One foundational element of meeting 80 by 50 in "One City Built to Last" is the belief in the actionable nature of the building energy performance data gathered and annually reported to the city by property owners. While the City has direct control over the operation and investing in upgrades of municipal buildings, at a rate of 150–200 buildings a year over the next decade, and will work with the federal government to realize the potential for large-scale energy efficiency measures at the City's stock of public housing, it does not have this kind of authority over the rest of the city's building stock. While it has an ever-improving energy code, its mandates apply when new construction or renovations are undertaken, not for buildings remaining as is. Why is this a concern?

The Environmental Defense Fund (EDF) has high hopes for the "One City, Built to Last" agenda based on NYC Clean Heat — a coalition of city officials, non-profits, and private sector banks that launched a $100 million financing program in 2012 to help building owners replace dirty heating oils with cleaner fuels such as natural gas or biodiesel. Today, some 4,000 buildings, half of them affordable housing have made the switch and now New Yorkers breathe the cleanest air in half a century.

According to the EDF, building on this success, "One City Built to Last" was right on target when it announced a "retrofit accelerator" program to upgrade the energy efficiency of 20,000 private buildings, an initiative that will cover three-quarters of the city's greenhouse gas emissions and key to meeting the Mayor's 80 by 50 goal. Arguably, this accelerator should make a dynamic companion with the 2013 expansion of the City's volunteer carbon Challenge program to residential buildings seeking to cut their carbon footprint 30% by 2017. However it remains to be seen whether the entirely voluntary retrofit accelerator will prove as effective as the Clean Heat Program, which relies upon the force of law that set firm dates to end the burning of dirty heating oils. Put simply, while New York City law requires annual energy benchmarking and once-a-decade in-depth energy audits and building systems "retro-commissioning", it does not require concrete "retrofit" actions similar to the legal requirement to stop burning dirty fuel oil by 2015.

It is evident that making deep cuts in our greenhouse gas emissions and going the distance to decarbonize our built environment will mean going beyond the popular phrase "to measure is to manage" because the link between measuring building energy performance and managing to make it far more efficient is not a sure thing. Collecting data on building energy performance required by the City's benchmarking law, along with the in-depth data cleaning, validation and analysis provided in annual reports undertaken by the New York University Center for Urban Science and Progress (CUSP) is a tremendous accomplishment, but it will not get us where we need to be even with new inducements.

Again, put simply, undertaking building energy upgrades, training building operators and obtaining occupant support will be deemed by some property owners as more trouble than its worth as long as these efforts remain optional. Like the Greek goddess Athena, New York must be gifted with wisdom and be armed with a sharp spear to prevail in combat, inertia or both. In more earthly terms, making the necessary deep cuts in the greenhouse gas emissions of New York City buildings will require enforceable building and energy codes and codes that are enforced. "One City, Built to Last" makes the point that mandates will be necessary if interim, voluntary targets are not met. That is wise and the whole world will be watching. 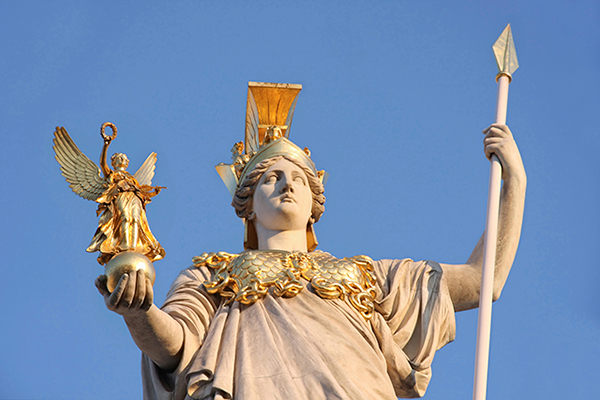