How A Blockchain Token Can Scale Renewable Energy

What is a blockchain?

The hype about blockchains can be illustrated by a 2010 purchase of 2 large pizzas at $25 using 10,000 bitcoin, the first currency built on a blockchain. At today's prices, the same person could have bought more than $40 million worth of pizza. A common misconception held by people who do not work or invest in the ballooning field of blockchain and digital or "crypto" currencies is to consider bitcoin and blockchain synonymous. They are not. A blockchain is simply the underlying technology infrastructure that, among other things, creates bitcoins.

At the core, a blockchain is an open, distributed ledger that can record transactions between two parties efficiently and in a verifiable, immutable and secure way. Once something has been recorded in a blockchain, it is there forever and cannot be changed. One way to think about this technology is to compare it to the transmission control protocol and internet protocol (TCP/IP). In simple terms, TCP/IP is what makes the internet run by creating rules that can move data around. Most users don't even know about it or care to understand the mechanics. Internet users just know that when they have web-compliant devices, they can do more. Blockchain exponentially improves this framework by building an a more secure and efficient way for transactions to occur between anything connected to the internet. Slowly at first, blockchain applications will come into our lives, and over time, replace TCP/IP entirely. The magic will happen under the hood.

In 2013, Ethereum emerged as a readable, writable, and programmable blockchain ledger. This ledger allows anyone to create distributed applications on a blockchain, including their own digital currency, also known as a token. In the last three months, over $1 billion has been raised by start-up companies through issuing token crowd sales known as Initial Coin Offerings (ICO). Presales of those tokens allow companies to raise a large amount of capital without relinquishing equity, while simultaneously giving rise to new markets overnight. In the absence of clear regulation, many speculators have jumped in, treating the tokens like securities to buy low and sell high. Coinbase, a leading cryptocurrency exchange marketplace has created a useful document to clarify different types of tokens. While it is undoubtedly still the wild-west for entrepreneurs to leverage the digital currency space to grow a business, these token sales are just the tip of the iceberg.

A company using a blockchain token to make consumers producers

To illustrate how tokens and blockchain can change the status quo, it is helpful to point to a specific application. One example is being pursued by Grid+, a company that is using a blockchain token to create a new type of commercial energy retailer that allows residential users to buy and sell energy. Users will install a smart agent and buy a token called a "BOLT", redeemable for $1 worth of energy. The smart agent will then use blockchain technology to open payment channels in deregulated energy markets. Essentially it becomes a vault that stores digital tokens to pay for energy. Users don't need to know anything about blockchain or energy markets, they just need a desire to pay less on energy they consume and earn more on energy they produce. 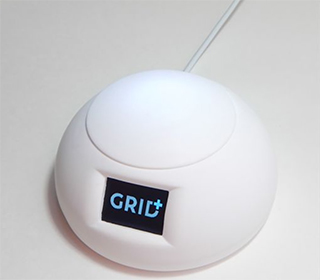 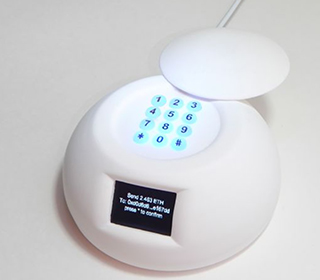 The Grid+ device presents several value propositions that could not happen without blockchain technologies.

Like any new concept that promises to revolutionize the world, there has been a lot of noise around blockchain. For this reason, it is ever-important for policy-makers, investors, entrepreneurs and users to truly understand and then articulate how blockchain applications will enable specific value propositions.

The utopia promoted by blockchain enthusiasts that promises an open-sourced, transparent, and disintermediated way to conduct many sides of business may face serious hurdles from regulators and, more generally, from business as usual. Antagonistic legislation, lawsuits, and attempts to build restrictive "walled gardens" will likely ensue as those unwilling to embrace a new paradigm find their position threatened. Yet the reality is that Pandora's box has been opened and cannot be shut.

No one government can entirely regulate what has begun. Shutting down the digital currency markets and decentralized blockchain applications would require shutting down the internet. Moreover, there are currently 8.7 billion "things" conducting transactions over the internet. By 2020, this number is expected to rise to 20 billion.

Our best bet is to fully embrace the power of blockchains and accelerate an open and interdisciplinary discussion on how to use them. Not only will their proliferation allow for more efficient transactions that advance both greater and frictionless consumer control, but they present a better way to measure and motivate the social and environmental change a sustainable and equitable planet requires.

Christophe Jospe is founder of Carbon A List, an environmental consultancy devoted to increasing funding and attention to solutions that can reverse climate change. He is also working on a new endeavor that will use blockchain technologies to enable this ambition. Subscribe to his monthly newsletter here to receive his unfettered musings on climate change, blockchain, and entrepreneurial journey.