Climate Scientists in the Crosshairs

The scientific method is based on the belief that research results should be subjected to the utmost scrutiny. But this principle can be turned on its head and scientists operating in politically controversial areas, particularly climate science, have been attacked by ideologically motivated groups trying any means possible to discredit, distract, and intimidate. Such tactics have included hate mail, death threats and even an anthrax scare. Less violently but no less noxiously, attacks via the legal system are an increasingly common way for self-styled "skeptics" to go after climate scientists with whom they disagree.

One common legal attack on scientists has been via open records laws, namely the federal Freedom of Information Act ("FOIA") or state equivalents, which allow citizens to request copies of administrative records. Harassing open records requests for reams of documents, including private emails, have been made of publicly funded scientists, such as those employed by the government or public universities. Institutions often deny such invasive requests, sometimes resulting in protracted litigation. 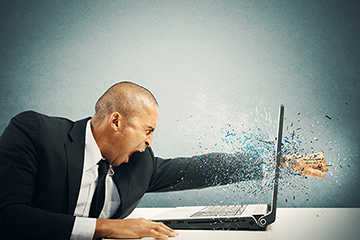 One well-publicized example is Dr. Michael Mann, a climate scientist now at Penn State and one of the pioneers in reconstructing historical temperature data. In 2011, Dr. Mann received several open records requests for massive numbers of emails and other documents that he had written or received throughout the course of his six years of previous employment at the University of Virginia. (The group seeking the emails, the American Tradition Institute ("ATI"), was described as having "a core mission of discrediting climate science and dismantling environmental regulations" in part by "filing nuisance suits to disrupt important academic research.") Dr. Mann and the University released some documents, and engaged in litigation to withhold others protected under Virginia law. After years of legal battling, the Virginia Supreme Court ultimately agreed in 2014 that the state's open records protections included protecting research and academic "free thought and expression."

The Climate Science Legal Defense Fund("CSLDF") was founded to provide legal support to climate scientists in such fraught situations, and to protect scientists from those who bypass legitimate scientific scrutiny with threatened or actual litigation. For scientists under legal attack, these actions can be a painful financial and time burden. CSLDF is proud to have provided legal resources and assistance with legal bills for many scientists facing legal actions, including Dr. Mann and others in similar cases.

In fact, a virtually identical case is currently underway in Arizona by the same group that went after Dr. Mann. The group, since renamed E&E Legal, is now seeking 13 years of two University of Arizona climate scientists' emails. The University argued that releasing wide swaths of emails would "rupture ordinary and customary expectations of academic confidentiality" and that E&E Legal's goal was to "to attack researchers' science, criticize their interactions with each other and publicly assault how they speak." The trial court ruled in March that the University properly protected the scientists' private files, but only after tremendous time was spent by the University and the scientists. E&E Legal has appealed this case.

Other invasive open records requests have been made of many other climate scientists, including government scientists Dr. Gavin Schmidt and Dr. James Hansen and public university professors Dr. Andrew Dessler and Dr. Katharine Hayhoe — sometimes leading to similarly extensive litigation.

Open records requests are not the only way scientists' private communications can be released. Emails from many climate scientists (including several of the climate scientists mentioned above) were hacked and leaked in 2009, and then again in 2011, in the so-called "Climategate" incident. Snippets from selected emails were taken out of context and used to suggest misconduct; multiple authorities ultimately exonerated the scientists. Nonetheless, this did not stop die-hard critics from using the hacked emails to launch ultimately discredited attacks, such as a failed civil investigation by the then-Attorney General of Virginia, a vocal critic of findings showing man-made climate change. The journal Nature referred to the post-Climategate barrage against climate scientists as a "street fight."

Other legal attacks on climate science include lawsuits this year against climate science blogger and computer scientist Dr. John Mashey, in retaliation for his work to uncover academic misconduct by several researchers who disputed widely-accepted findings on climate change. Two of these researchers served Dr. Mashey with complaints this past spring, claiming that Dr. Mashey's work connecting them with plagiarism, falsifications, errors, and funding misuse had lead to their being fired and thus, incredibly, constituted "tortious interference with contract" and "conspiracy." The lawsuits were ultimately withdrawn without explanation, but not before costing Dr. Mashey tens of thousands in legal bills (which, perhaps, was part of the goal). CSLDF is helping Dr. Mashey pay these bills.

Attackers have also sought to censure publication of research they do not support. For example, Science Magazine was threatened with a lawsuit after publishing a study by science historian Dr. Naomi Oreskes in 2004 on the scientific consensus regarding climate change. That lawsuit never materialized, but in 2014, threats of a defamation suit prompted the journal Frontiers in Psychology to retract a peer-reviewed paper linking those who reject the scientific consensus on climate change with "conspiracist ideation." The retraction stated that the journal had no "issues with the academic and ethical aspects of the study... but the legal context is insufficiently clear," and the authors "stand by their article and regret the limitations on academic freedom which can be caused by legal factors." The journal was widely criticized for "tossing authors under a bus."

While ideologically driven legal attacks on the climate science community happen on a regular basis, CSLDF is committed to fighting back. The best climate science needs climate scientists who can do their work free of such harassment.

Lauren Kurtz is the Executive Director of the Climate Science Legal Defense Fund. CSLDF was established to protect the scientific endeavor and defend against those who make ideologically based legal attacks on climate scientists. Lauren graduated from the University of Pennsylvania Law School and was previously a litigator at Dechert LLP.