The city has changed substantially since my childhood. When my dad schlepped us down from the Bronx to look at the architecture of what is now SoHo in the early 1960s, the cast iron beauties housed manufacturing of all kinds. Now the neighborhood has passed through the "artist live/work and gallery" phase and the "lofts and cool independent shops and designers" phase to the "Apple store and tourism" phase. Who knows what comes next.

But the Garment District, despite having gone through its own transitions, still feels strikingly the same. It is a humming, buzzing web of folks who rely heavily on each other to do their day-to-day business. I am not the only one who has had a secret desire to get behind those doors and see what's going on in there. 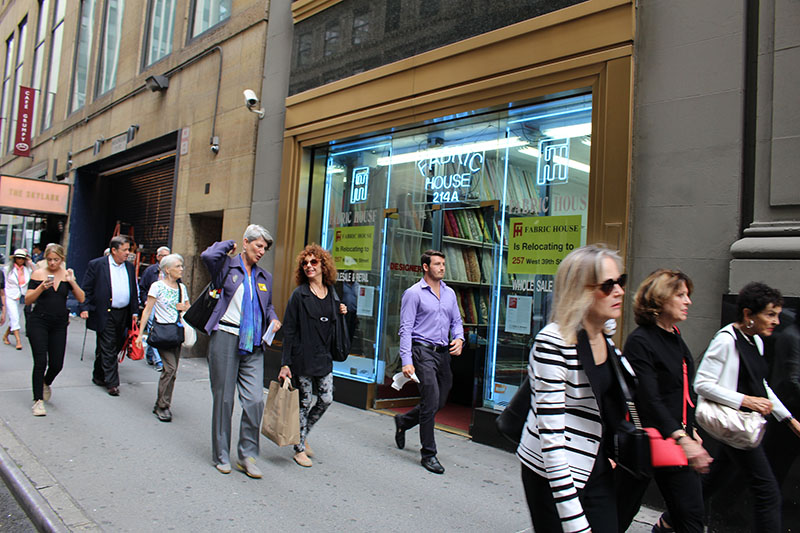 As part of our advocacy, MAS led a series of walking tours on July 26 that brought New Yorkers behind the veil of this neighborhood's bustling ecosystem. In partnership with Nina Rappaport of Vertical Urban Factory, we visited fabric buyers, notions vendors, manufacturers, designers, and more, witnessing firsthand the creative energy of this cherished, diverse, and eminently "New York" industry.