A Few Of Our Favorite Things

In keeping with Reforming the Energy Vision's NY-Sun initiative, Belleayre, Gore and Whiteface Mountain have committed to operating their ski lifts and snowmaking using solar power. So ski enthusiasts, follow the sun and take to our slopes.

"By using renewable energy to power major operations at these world-class ski resorts, we are building upon this administration's commitment to expand this state's use of renewal energy, strengthen this important, job-creating economic sector, and reduce New York's carbon footprint," Governor Cuomo said back in July. "This exciting news is just one more reason to visit one of New York's premier ski resorts." 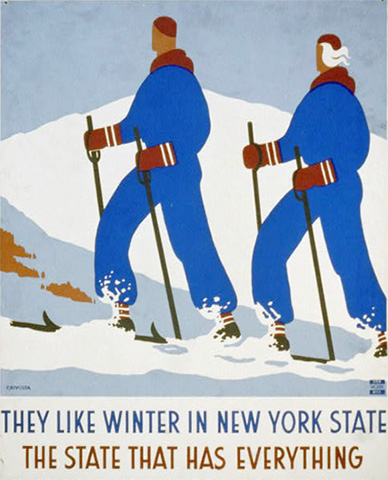 The 25-year power purchase agreement with Borrego Solar is the most recent environmental initiative the state and ORDA have undertaken to run its business units with increased sustainability and efficiency. It is also in keeping with Governor Cuomo's Reforming the Energy Vision's NY-Sun initiative, a $1-billion initiative to advance the scale-up of solar moving the state closer to having a sustainable, self-sufficient solar industry.

Gore Mountain is home to the most skiable terrain and largest lift infrastructure in New York State, and its massive snowmaking system, lift operations, and other electrical equipment use about 13-million kilowatt hours of power and cost approximately $1-million in utility costs each year. The solar energy for Gore, produced at a location in Washington County, is expected to reduce Gore's energy bill by over $213,000 during the first year. Borrego's projections indicate that the three ski resorts could save as much $14-million over the 25-year period, utilizing more than 10 megawatts of solar power.

The solar projects received support from NY-Sun through the New York State Energy Research and Development Authority (NYSERDA), which administers the initiative.

"With this initiative ORDA will substantially reduce its carbon footprint essentially akin to removing over 46,000 cars from the road over the life of the agreement," said ORDA chairman Pat Barrett. "We want to make sure that this wonderful recreational sport stays around for generations to come."

The solar power project is the latest sustainable endeavor for all three resorts. Over the past two years, Gore Mountain has added 260 low-energy, high-efficiency guns to its snowmaking fleet, along with a several powerful fan guns, while Whiteface has added 100 guns to its fleet. Meanwhile Belleayre, began transitioning away from diesel air compressors to electric, as well as adding energy-efficient guns to its fleet of 600 guns that are responsible for covering the Catskill region resort's 55 trails.

Low-energy, high-efficiency guns use the same amount of water as a traditional gun, but the air that these guns use is 25-percent of a traditional gun. The energy savings come from running compressors for a shorter period of time, while making more snow in less time and shortening the snowmaking season.