Is the Secret to Cheap Energy Storage Hiding in Harlem? Update: Yes, I saw it in March 2015 http://t.co/LtbLS6BQn1 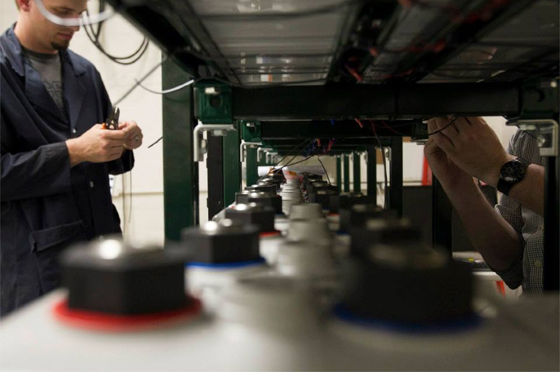 Some things take a while — just as Honeybee Robotics founded on the Lower East Side put Manhattan on Mars so goes Harlem's Urban Electric Power's efforts to build an inexpensive storage system to take stress off the electric grid and increase energy security on-site, both safely and reliably.

Nancy Anderson trekked uptown to check in with chemical engineer Sanjoy Banerjee, founder of clean energy startup Urban Electric and director of The Energy Institute at City College of New York. Serendipitously, Sallan invited Banerjee to speak at the Smart Grid for Smart Cities Conference back in 2010 when Sanjoy had just relocated from UCLA.