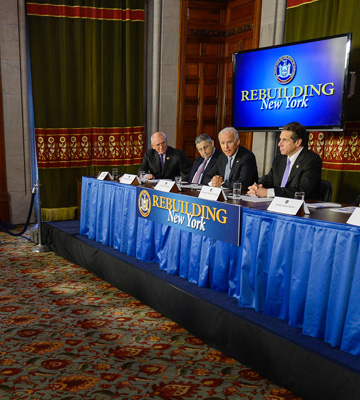 New York governor Andrew Cuomo has put $40 million in prize money behind his push to bolster the state's post-Hurricane Sandy storm resilience with community microgrids. But will that be enough to overcome the regulatory and economic barriers that have challenged efforts to create microgrids in the Empire State?

Good article and you're right to focus on the need to build a clean, renewably powered microgrid system for New York. Small diesel generators are no solution to energy security in the wake of emergencies that disrupt the power supply.

Here's my question — what State policy and financing will get a renewable power microgrid network up and running quickly? There is neither money nor time for temporary fossil-fueled fixes that will be replaced by renewably powered alternatives at some later date. Please write your next column on the status of off-the-shelf and soon-to-be-on the shelf renewable energy and storage equipment. And more on where the $ will come from.