Ratepayers On the Hook

Grappling with the financing for twin nuclear reactors under construction in Georgia, back in 2011 we flagged risks to ratepayers in case of construction cost overruns or delays.

The Washington Post just reported — almost a year to the day later — that local ratepayers could be on the hook for nearly $900 million due to a contractor who "put too much space between steel rebar in the foundations at the heart of new new reactors".

The NRC has also been keeping an eye on a pair of new reactors the Southern Co. has been building at its Vogtle complex in Georgia. Financing costs were lowered sharply by a promise of a federal loan guarantee by the Obama administration and by a Georgia state law that allows Southern's subsidiary, Georgia Power, to pass much of the cost along to ratepayers while the plant is under construction. Most states require a power plant to go online before customers have to pay for it.

Within months, however, Southern said that as much as $900 million could be added to its subsidiary's share of the $14 billion cost. An industry consultant, who requested anonymity to preserve his business relationships, said that the contractor put too much space between steel rebar in the foundations at the heart of the new reactors. To resolve the problem, Southern said it created a 1,000-cubic-yard "mock-up" of the site where concrete would be poured. 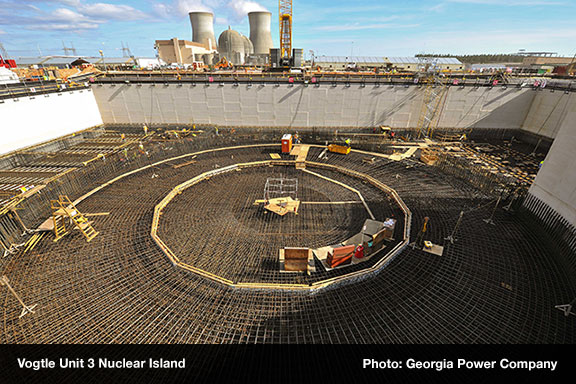