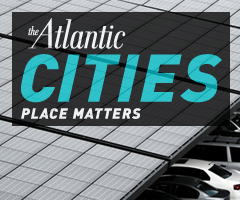 Do cities really take the lead on climate change? Blogger Eric Jaffe takes the position that it's up to localities to lead on climate action and tips his hat to UCLA urban planner Rui Wang.

Climate change is at least a distant fifth in line for attention from the federal government, behind sequestration, debt ceiling, gun control, and immigration. Couple that position with the fact that many Congressional lawmakers don't even think warming exists, and the United States isn't likely to take meaningful climate action anytime soon. That means it's up to localities to take the lead — states in a general sense, but really cities themselves when it comes to the details.

To better understand the motivation for local action, UCLA urban planner Rui Wang has been studying how cities go about taking action on climate change. Wang recently reviewed California planning surveys to determine climate actions taken in 2008 and 2009 by the state's 480 cities. In an upcoming issue of Urban Affairs Review, Wang reports that cities tend to adopt climate change policies in increments — pushing simple policies first, then in some cases working toward more challenging ones.

When it comes to taking the lead on climate action, much here depends on what gets called "easy". Making urban buildings (a lot) more energy efficient may be easy in Wang's estimation, but I would call it tough — although entirely necessary. Cities can pass laws, but most buildings are privately owned and getting them to spend money on energy efficiency upgrades, staff & occupant training and then allowing building energy performance to be assessed by third parties for efficiency improvements can be like pulling teeth.

That said, it is thrilling to see cities adopting sunshine laws like building benchmarking and energy auditing requirements. Cities are the right scale for this kind of data gathering and probably the right scale for this kind of policy making too. Let's hope cities that start with data collection go on to use the data for improving and expanding their climate action policies. It's in their hands!